Microsoft is experimenting with a new Xbox One Dashboard that is being released to Xbox Insider testers today. 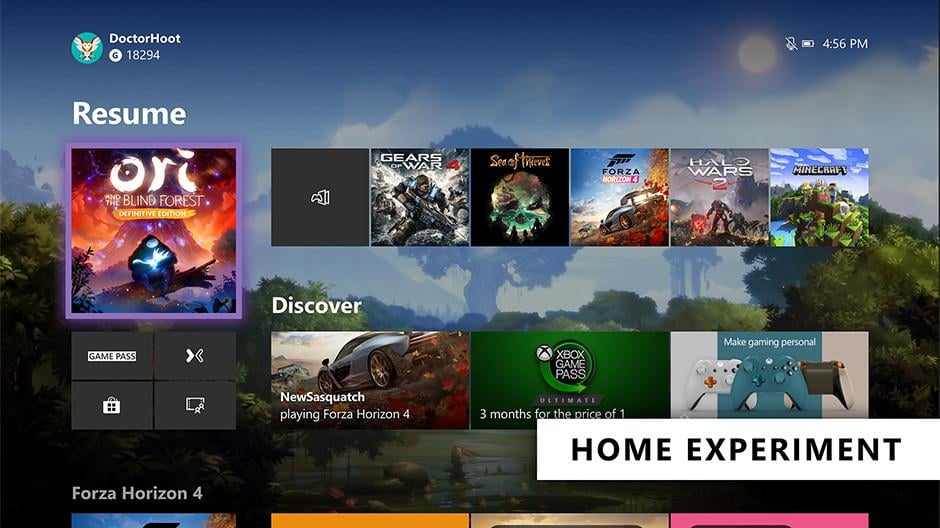 The new update is designed to deliver a faster Home experience and an easier way to navigate your console by streamlining the interface. One of the major changes of the “Experimental Home design” is that the top menu bar has been removed in favour of separate buttons to the left of the dashboard. The reasoning for this as announced in an Xbox Wire post is to make room for your more recently played titles and to allow you to jump into things like Xbox Game Pass, Mixer, Xbox Community and the Microsoft Store quicker than ever.

Another significant change is that Microsoft has been tinkering with voice commands and everyone’s favourite voice assistant, Cortana. Cortana will now be inaccessible via headset. However, the Xbox Skill for Cortana can still be used via the Cortana app on iOS, Android, Windows and the Harmon Kardon Invoke speaker. All of the usual voice commands can also be used via these methods.

The changes to voice commands will also temporarily disable the virtual keyboard’s dictation function — raising accessibility concerns, but Microsoft has stated they are working on an alternative and will provide more details soon.

We don’t know if or when this update is going to be rolled out to all users, but we will be sure to keep you informed of any changes.

The update caused me all kinds of problems. Downloads froze up , audio and voice chat issues. Had to go into settings and manually turn off Cortana to fix.

No issues here with it. Cortana is no longer even supported on mine anymore.