Here's a new Season of Arrivals build for Destiny 2 using a sidearm and new Charged with Light mod to destroy everything in sight. 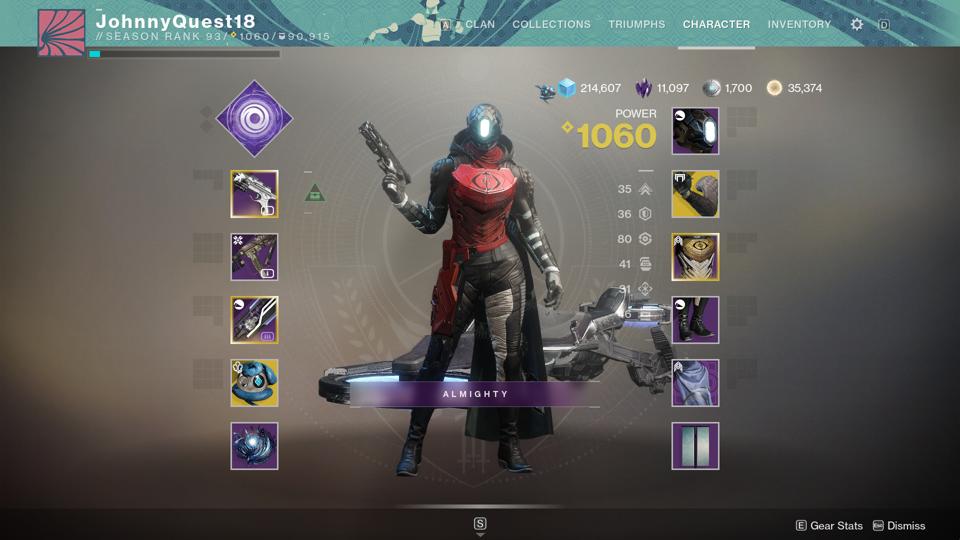 Frequent readers will know that I’m a fan of Destiny 2 sidearms to the point where I actually made a double sidearm build back in Season of Dawn with the addition of new ones like Devil’s Ruin and Breachlight. Well, now my time has come at last, thanks to a new Charged with Light mod in Season of Arrivals which deserves its own spotlight here.

This build started as another double sidearm build, but switched to a single sidearm build instead for reasons I will go into. For now, here’s everything you need to get started. Yes, you can do this on any class, and yet I am doing it on Hunter because of my favorite overlooked exotic. I think you know what that’s going to be. 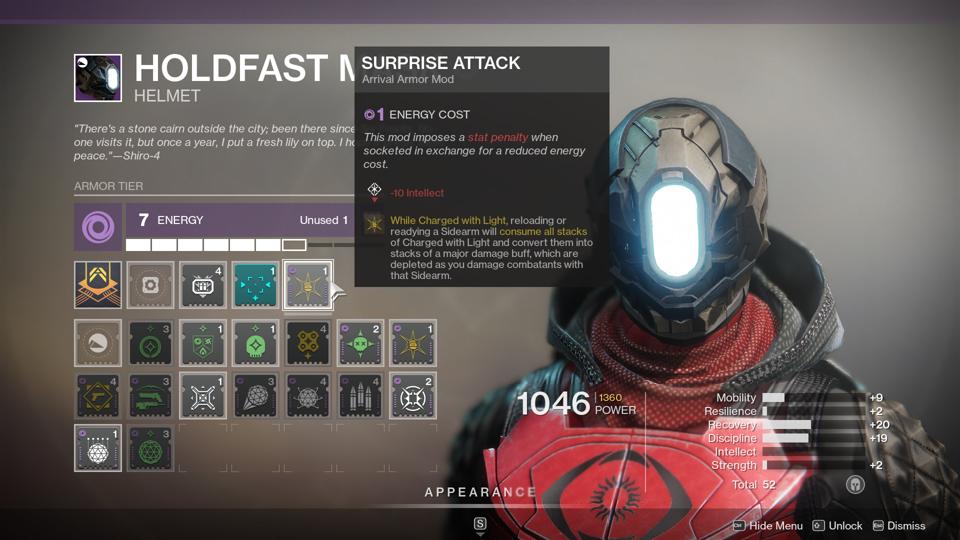 Alright, here it is, “ Surprise Attack ,” which you can purchase from the Drifter’s new machine on a rotating basis. It only costs one energy(!) and has to be slotted into void armor.

Here’s what it does:

This sounds a little complicated, but it’s not. If you are Charged with Light, and either switch to or reload a sidearm, it will convert that charge into five “super bullets” called Charged Magazine that effectively do double damage. But the more stacks you have, the more bullets you get. So two stacks is 10 bullets, three is 15, four is 20. This is the whole key to the build. There is a (rather convoluted) glitch that lets you retain these super bullets forever but that is not part of this build and I am not spreading it because I don’t want them to disable this mod. 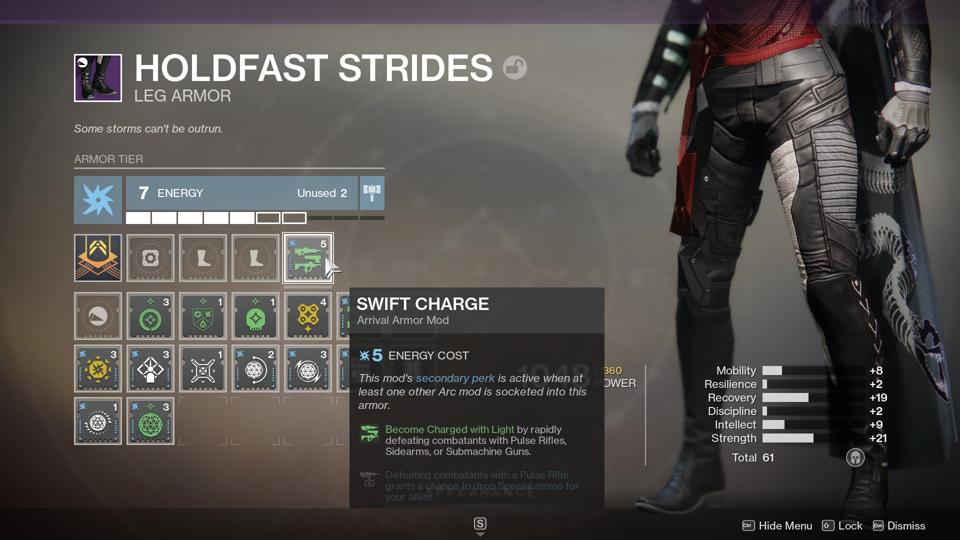 Swift Charge – This is another new mod where rapid kills with sidearms, SMGs or auto rifles will make you Charged with Light. This is mainly how you will be stacking charges. You do not need the bonus pulse rifle perk you can get from it.

Taking Charge – I still have this mod too which makes you Charged with Light on orb pickup, because you will no doubt be making those with masterwork weapons.

Supercharged – This makes you be able to take 4 Charges of Light instead of the default 2, setting you up for potentially 20 clip Surprise Attack bullets.

Oppressive Darkness – You can do the Lucent Blade sword mod here if you want, but I like Oppressive Darkness since I’m running Nightstalker Hunter and it’s more versatile, putting a debuff on anything rather than just buffing sword damage. 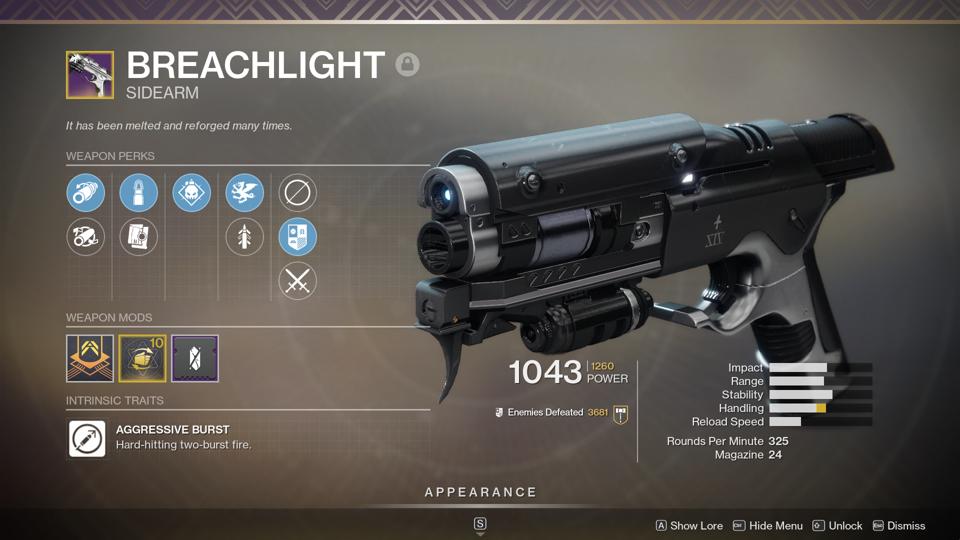 To a point, this is up to you. You can have a sidearm in your primary or secondary slot, it’s really your call. I am going with my Demolitionist/Vorpal Breachlight from Season of Dawn. Demo gets your Oppressive Darkness grenade back, Vorpal does truly hilarious damage to yellow bars with boss spec and the Charged Magazine buff. And the Tricksleeves make reading and reloading almost instant. But you can use Devil’s Ruin in the energy slot, Autonomous Autumn, Last Hope or the Seraph sidearm from last season if you want instead. Or Rat King, if you’re rolling with a sweet sidearm posse. 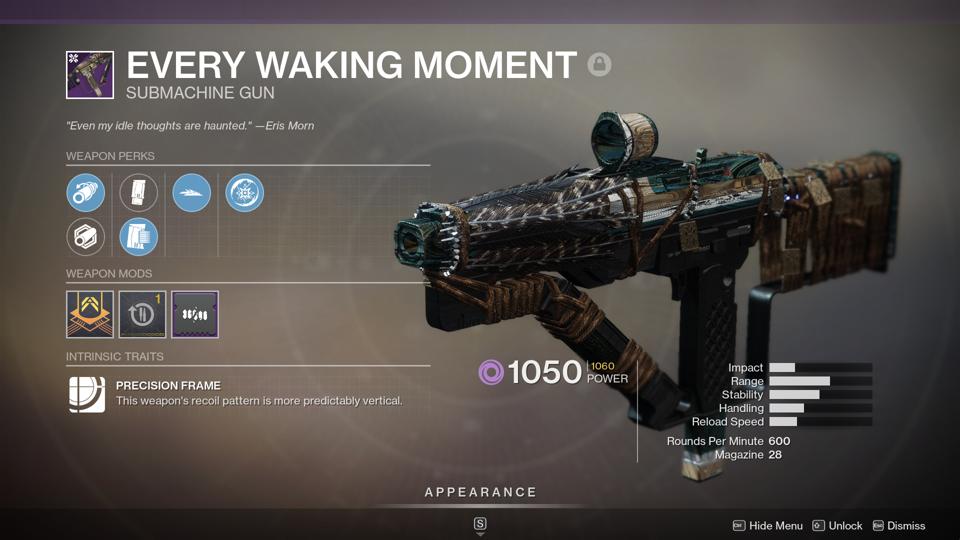 I said I was originally running this as double sidearm build, as I was using Devil’s Ruin and Breachlight, but that got a little confusing with the Charged Magazine since both guns were activating Charged Rounds on reload or switching so it was hard to strategize when to pop that on the fly. As such, I think your best bet is an SMG or AR in the primary or energy slot, depending on what sidearm you picked, as rapid kills with those still trigger the Swift Charge mod. The obvious choice for Breachlight is Recluse, but you can use Riskrunner, depending on what you’re using for heavy, or something weird like a Disruption Break SMG like I’m using above, which will do absurd damage if you pop a shield on a yellow bar or champion, then switch to a Vorpal/Boss Spec/Charged Magazine Breachlight. 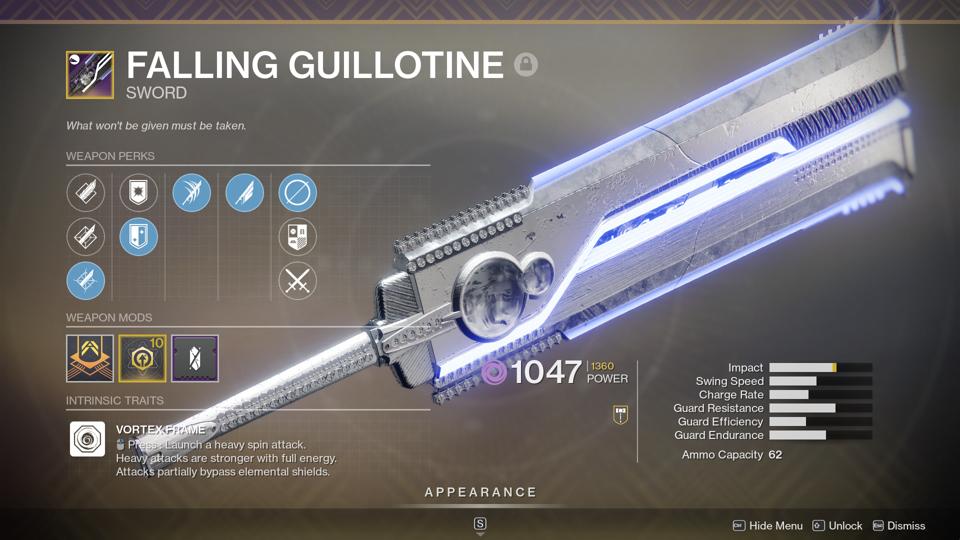 I mean, you are kind of at a disadvantage if you’re not using Falling Guillotine for most activities these days, but since you can do sidearms and SMGs or ARs that are not exotic, you could put something like Whisper here for far away boss damage, or your favorite LMG for a bit more range. 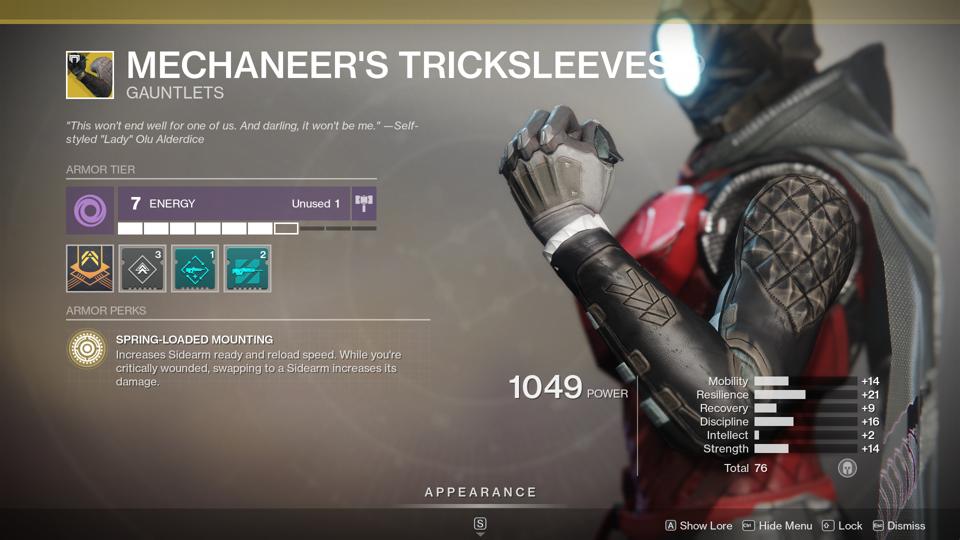 Again, I made this as a Hunter build which will be using Tricksleeves for even more bonus damage on swap, plus super fast ready and reload for my Breachlight. But honestly you can just run whatever you want to run on Titan or Warlock, or even skip these for Hunter. It’s not really a super key part of the build.

Essentially what you’re doing is getting Charged with Light on red bar SMG or AR kills, then swapping to Breachlight whenever orange or yellow bars come out for instant melting and a 10-20 round Charged Magazine clip. Or you can just constantly clear with Breachlight if you really want to, as it will also activate on reload. Use your heavy to fill gaps (range, big boss DPS) and makes sure you are always collecting charges with rapid kills and orbs.

This sounds more complicated than it is, but I promise it’s a lot of fun. Try it out and let me know what you think.