5 New Xbox One Bundles Will Be Announced Next Week

Microsoft is revealing a new Xbox One bundle every day next week starting on Monday, Sept. 28.

“Every day next week… we’re unveiling a new Xbox One holiday bundle to complement our incredible lineup of existing bundles and greatest games this year,” a Microsoft Spokesperson said. “We’ll refrain from spoiling any details, but make sure to tune into Xbox Wire all next week to stay in-the-know on all the latest Xbox One offerings for this holiday.”

We could make a game out of this guessing what the bundles are.
I’m gonna go with an Assassins Creed bundle being in there.

that’s all i got for guesses, I know if they get a battlefront one it would put the PS4 one to shame Lol

they arleady announced Halo,
i could see fallout 4 bundle. forgot about that. need for speed??? i feel like these will just stock xboxes with a digital code inside, not limited editions.

You see how Gamestop will no longer sell Bundles with just a code in the box. They finally realized they were making themselves irrelevent

yeah, i thought it was awesome. i guess microsoft or maybe the pubs said they can trade in their digital copies for hard copies.

i know if i get a console i want the disc version. if im paying full price i want a hard copy.

Have they done one for Forza yet?

forza is done. its a blue xbox… and its already out.

The Xbox One 1TB Holiday Bundle includes a standard 1TB Xbox One console, plus Gears of War: Ultimate Edition, Rare Replay and a full-game download of Ori and the Blind Forest. The bundle will be available from October, 2015 and costs $400

$350 LAME! not sure i understand the exclusive offer thing… 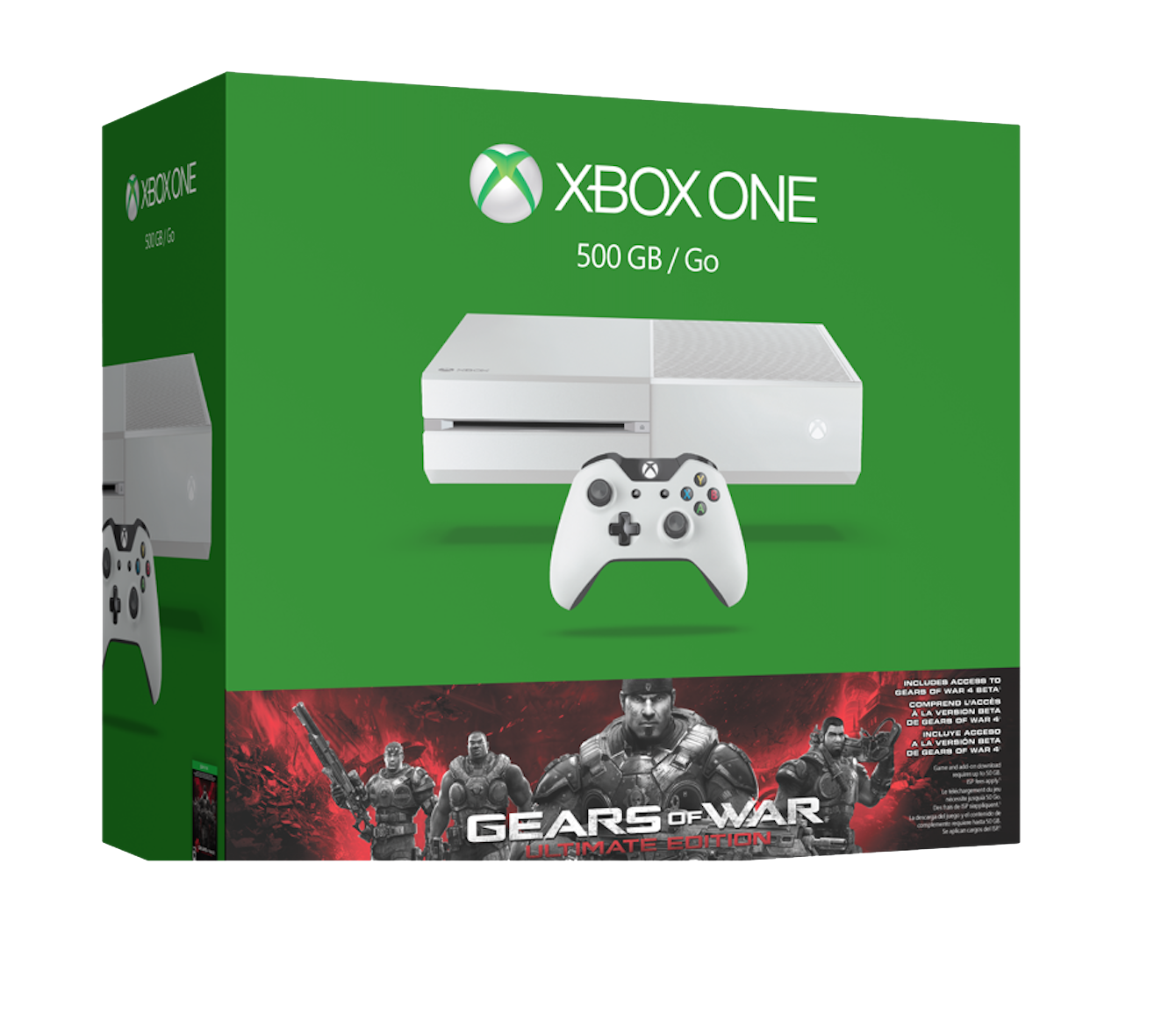 The bundle includes a 500GB “Cirrus White console and controller”, a full-game download for Gears of War: Ultimate Edition, the Superstar Cole Multiplayer skin, and early access to the Gears of War 4 Beta.

You’ll also get the entire Xbox 360 Gears of War collection able to play on Xbox One at no additional cost, complete with five “never released on consoles” campaign chapters.

The bundle will be available exclusively at Walmart from November 1, 2015.